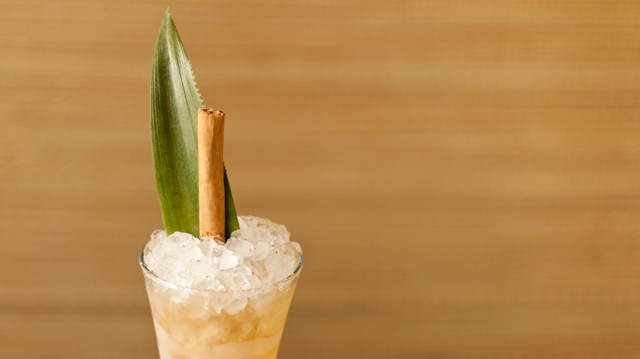 So I made pretty strong drink, had it photographed and was just about to put some words to it, and then BAM! comes Mixology Monday with an overproof theme. Very convenient. But what is overproof and what is not? Go over to our host, Dagreb of Nihil Utopia, and his announcement post to sort things out. 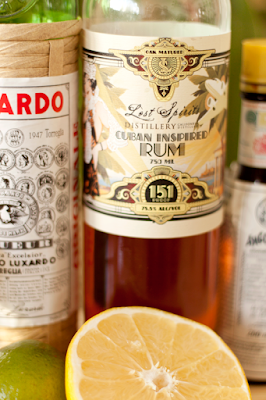 I adore the classic 151 swizzle, its skeletal structure and how it treats such strong booze with respect, but with Lemon Hart 151 becoming a rarity and stuff, one needs alternatives.
Fascinated by their combination of technology, history and high-ABV rums I recently bought myself a bottle of Lost Spirits Cuban Inspired 151. It may lack the smokey depth and overall badassery of Lemon Hart, but it's not meant to be a substitute for the latter anyway. The Cuban inspired rum is an extremely well-crafted spritit that works great in lighter-bodied drinks in need of a little extra oomph (and some huge toffee notes).
And we're not making a Beachcomber's swizzle either. As the name tries to suggest, Papa's 151 Swizzle is an amped up Hemingway Daiquiri. The idea may not be mega creative, but the results are tasty and strong without being harsh.
As with any drink using a 75,5% ABV liqour as main ingredient, it should be followed by a nice glass of water. 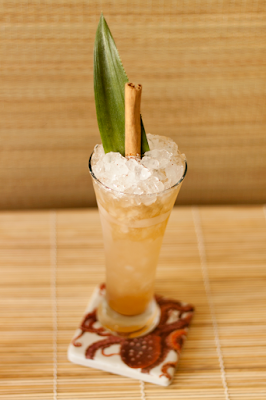 Combine everything (except nugmeg) in a tall glass packed with crush ice and swizzle until the glass is frosty. Grate nutmeg on top and garnish with a cinnamon stick.