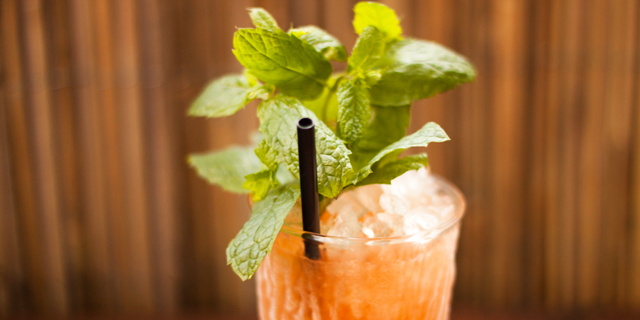 Oh boy, it it Mixology Monday again already? Our host this time is Stuart of one of my favorite blogs out there - the Putney Farm - and the theme is Hometown Hooch. Which we don't have much of here. The last local distillery I know of was the one in the kitchen of my old neighbor. He ended up in prison. Not that far away from here, though, is a traditional swedish punsch being bottled. 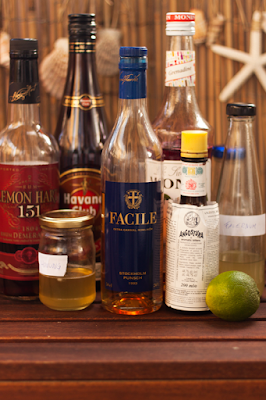 Despite the name, Facile Stockholm Punsch is not produced in the capital of Sweden, but in the countryside slightly southeast of it. So while it's not my hometown, were are at least in the same province.
Punsch is a sweetened blend of rums (in this case Jamaican) and batavia arracks of various ages and some secret spices, While "the national drink of Sweden" is normally consumed neat by your grandparents on the holidays, it also makes a great cocktail ingredient.
For this local twist on the Zuul of tiki drinks I started out with the 1934 recipe of Don the Beachcomber's Zombie (as described in Jeff Berry's Sippin' Safari) and made some changes along the way. Since the Stockholm Punsch has a relatively low sugar content, I used it in place of a third rum, rather than as a sweetener.
Even so, it is perhaps a tad sweeter than what you'd expect from a Zombie, but still deep and rich in flavor. The punsch plays really well with the spices. And it won't send you straight to hell like the original Zombie Punch does. 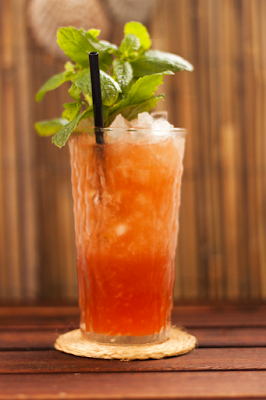 Blend with 6 oz. crushed ice at high speed for 5 seconds. Pour unstrained into a tall glass. Garnish with mint sprigs.