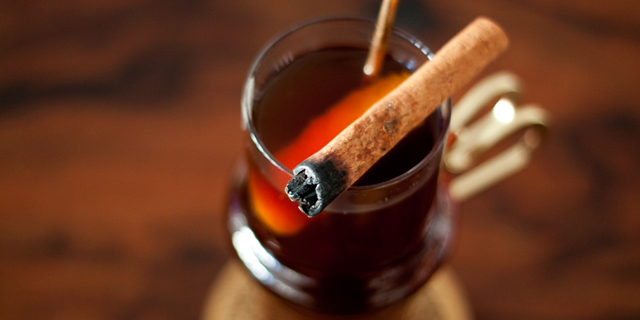 It's Mixology Monday again and the fitting theme for awful January is Brace Yourself. Let our host and house doctor explain this idea with an announcement post on his Doc Elliott's Mixology blog, but in short, it's about the drinks that keep you warm during these winter months. 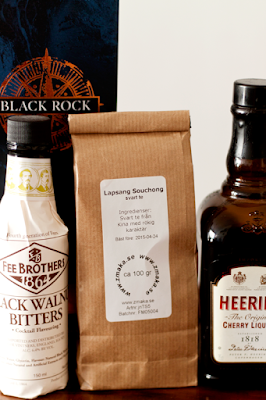 Sjörök ['ɧœ:rœ:k] is Swedish for sea smoke - the natural phenomenon occurring when cold winds blow over warmer water and a white "smoke" appears on the sea surface (I think... I'm no meteorologist). And smoke is what this drink of the same name is about.
I'm not really into hot drinks, but after December's holiday cocktails I just want something warm in another way than the cinnamon-allspice-clove kind of warm.
Drinking Sjörök is like sipping on a campfire with its double dose of smoke from Islay scotch and a good pour of Lapsang Souchong, but with a little sugar and the subtle fruitiness of Cherry Heering, it's never overwhelming. It's robust and rustic and, most important, it warms you up inside. We need that here in the cold dark north.
Like I said, alcoholic hot drinks are normally just not my cup of black coffee, but when the temperature drops below the Fahrenheit zero - like it did the other day - a concoction like this sits damn fine. 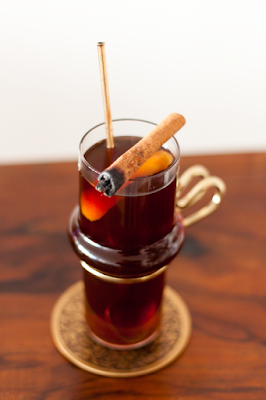 Combine in a pre-heated mug, saving the tea for last, and stir well. Garnish with a burnt cinnamon stick.